We challenge you to a game to win 1 YEAR FREE subscription.

The Code Snippets WordPress plugin has over 200,000+ active installations. Information about a high severity security flaw was published by another security vendor which revealed a vulnerability in which anybody could forge a request on behalf of an administrator and potentially inject malicious code on a vulnerable website.

This issue could cause complete site takeovers. Vulnerabilities with such magnitude are quickly targeted by adversaries and updating to the patched version should be done immediately!

Cross-site request forgery is where unauthorized commands are transmitted from a user that the web application trusts. Without the CSRF protection, the website administrator can be tricked into making an admin account to the attacker or the attacker could infect users, steal sensitive data and more.

Code snippets could be enabled during import

Even though code snippets were set to be disabled by default during import, the default settings could easily be bypassed by modifying the JSON body containing the code import details.

This has escalated the severity of the issue since the attacker could now inject malicious code which will be executed whenever someone visits the site.

Timeline of the Code Snippets vulnerability 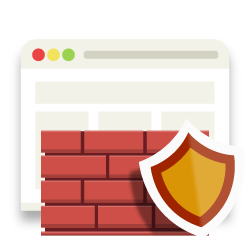 We continue to closely monitor the vulnerability and will update the article over-time with potential IOCs and important threat information. Read more about recent WordPress vulnerabilities here.